The OLAS Guardian is a wireless engine kill switch that acts within two seconds of a person falling overboard. It has the dual function of also acting as an instant, Man Overboard Alarm system. The Guardian simply connects with up to 15 OLAS transmitters and can cover a vessel up to 50ft.

OLAS Guardian means power boat and RIB drivers are assured that their boat will stop in an instant, should the skipper or crew get separated from the boat, reducing the chances of a serious accident from a loose, unmanned, uncontrolled powerboat. They are free to move around their boat without constantly having to remember to attach, detach and re-attach a physical wired kill cord.

Up to 15 OLAS transmitting devices (OLAS tag/OLAS Float-On) within range can be tracked around the vessel by the Guardian. This allows freedom for the crew and skipper to move around the vessel with confidence that if anyone falls overboard either the engine will be cut-off and / or an alarm will occur, and a swift recovery can be actioned.

The Guardian connects to a vessels 12/24v power supply and existing kill switch using the supplied connectors making it quick and easy to install with immediate usability.

A 21mm hole is required near to the existing kill switch for the 20mm stainless steel, LED control switch to be installed.

Professional installation is not required but is advised as Ultimate Sports Engineering does not accept any liability for incorrect installation.

Who is it for

OLAS Guardian is for drivers of power and motor boats, and all skippers and boat owners concerned about onboard safety. It wirelessly connects up to 15 crew members via wearable OLAS transmitters (wrist Tags or OLAS Float On Light) creating a virtual kill cord.

Run alongside existing Kill switch
The Guardian can be used in-place of or alongside an existing kill cord switch and will operate if the physical kill cord has not been attached to the driver.

On most engines a simple parallel connection to the existing kill switch will enable full wireless cut-off capability.

Inbuilt Emergency Light (if externally mounted)
A high-power emergency Red light will illuminate, offering clear visual indication of an alert whilst also acting as a light to illuminate the surrounding area

Automatic connection
When you board your vessel and switch on the power, The Guardian will automatically connect to any switched on OLAS transmitting devices within 2 meters rage.

No connection alert and override
If you board the vessel and no transmitters are switched on, the Guardian will sound an alert. This alert can be stopped either by connecting the OLAS transmitter to the Guardian or the Guardian can be manually switched off. After which the vessel can be driven as usual using the exiting physical, safety kill cord.

Pause mode
The system can be placed into a pause mode. This is used when you need to leave the boat with the engine idling, such as walking down a pontoon, knowing the OLAS transmitter will go out of range.

Connects up to 15 OLAS Transmitters (OLAS Tags or OLAS Float-On)
Up to 15 transmitters allows larger vessel to connect crew and objects to the Guardian. Simply by attaching a transmitter to object such as a MOB flotation device or yacht tender you can always be aware if something has gone missing.

Extender compatible
An OLAS Extender can be used to cover areas where transmitter signal may be blocked. This allows use on larger vessels up to 80ft and the ability to scale the system up if required.

The Guardian is easily operated via the OLAS App, free to download from the App Store for iOS and the Google Play Store for Android.  The OLAS app requires a device running the minimum of IOS11 or Android 5.1 to work. The OLAS App is a powerful tool for controlling the Guardians functions and for aiding in fast rescue.

Add new OLAS transmitters to the Guardian system
Pause the Guardian system if transmitters are leaving the area for a short period
Adjust the time before the Guardian reacts to an overboard transmitter between 2 seconds to 15 seconds, allowing more freedom around larger vessels
Adjust between cut-off switch and external alarm mode
Kill switch mode activates the inbuilt switch for 5 seconds, cutting off the engine, but allowing users to restart the engine after 5 seconds
External alarm mode activates the inbuilt switch until it is manually cancelled. This allows external, high power, alarms to be connected in series.
Pause the alarm state

Transmitter controlEasily adjust individual transmitters between Engine cut-off (for the skipper), Alarm only (for passengers) and Pause (for passengers leaving the vessel temporarily)
sounding the external alarm if a Tag wearer is out of range on both the Guardian and your mobile device.
Adjust the time before the cut-off switch or alarm is triggered – offering greater freedom

12/24V wiredThe Guardian module can be connected to your vessels power supply to ensure it is always connected when you have the power running. The power wires can simply be spliced into an existing power supply from the boat’s battery.

Through panel mountingThe compact, stainless steel switch requires minimum adjustment to your existing center console, allowing it to be fitted through a 21mm hole

Color coded control switchThe color-coded control switch makes the system easy to control and setup, without the need for the OLAS App. During the setup process, it will indicate the automatic setup stages with a red indicator light. When the system is running it shows a green light, switching back to red in an alarm situation.

System FeedbackThe GUARDIAN clearly indicates how many OLAS transmitters are connected during the setup process.

Transmitters can be added to the system either using the mobile application or through simple inbuilt switching process. 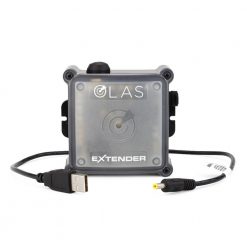 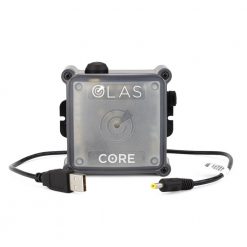 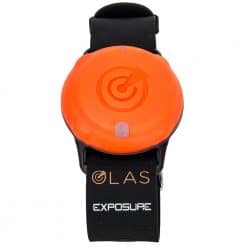 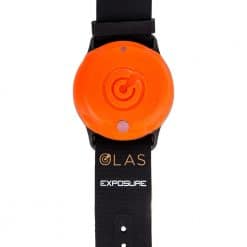 £ 57.95 - £ 154.95
We use cookies on our website to give you the most relevant experience by remembering your preferences and repeat visits. By clicking “Accept”, you consent to the use of ALL the cookies.
Cookie settingsACCEPT
Manage consent